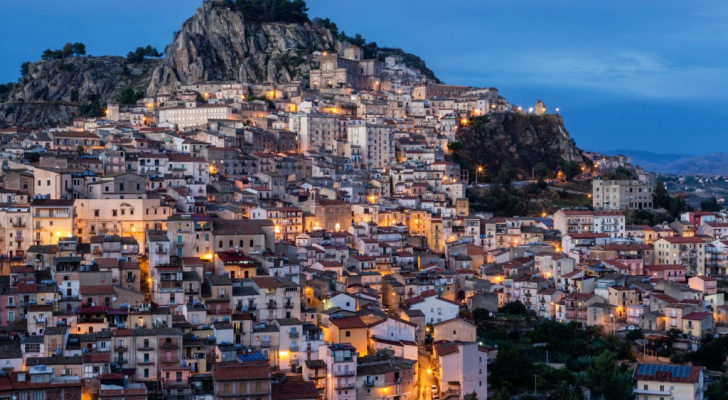 The story of Nicosia, the Cypriot capital, is actually a tale of two halves. The Republic of Cyprus owns the southern half of Nicosia, also known as Lefkosia. North Nicosia is the capital of UN-unrecognized Turkish Republic of Northern Cyprus. In this article we will provide the ultimate guide of the last divided capital in Europe and share some recommendations how to have fun in Nicosia in three days.

The logistics of getting to both sides of the city are much easier since 2003. You can now easily travel from one side of the city to the other by simply flashing your passport while you walk through the Ledra Street green line crossing, which divides the old city in half.

This means that you can visit the old town of North Nicosia just as easily as the museums in Nicosia. It is also an ideal base from which to launch your sightseeing trip into north Cyprus. The island is home to some important historical places such as the fairy-tale castle St. Hilarion or the extensive ruins at Ancient Salamis.

Cyprus was formally a British colony. It declared independence in 1960. However, in 1974 after the disagreements between Turkish and Greek Cypriots, Turkey invaded the island and occupied the Northern Part of the Island, that later declared itself as Turkish Republic of Northern Cyprus, the self-declared “de-facto” state that is not recognized by any country, except Turkey.

What makes Nicosia one of the most interesting cities to visit that, not only the island, but the capital itself is divided in half. One part of the city is the capital of Cyprus and another half of the city is declared as the de-facto capital of Northern Cyprus. 2003 saw the opening of Ledra Palace’s crossing. People could now walk between the two cities for the first time since almost 30 years.

What to See in Nicosia in Three Days?

Nicosia is one of the most beautiful cities in Europe with its rich history and many things to do. Because of its characteristics of being the part of different European Empires before the independence and being divided in two parts after the independence, Nicosia, much like the entire island, is a perfect mixture of different cultures, traditions, architecture and customs. Even though the city is divided in two halves, we decided to put all the sightseeing in one list, because it technically is still one city and going from one part to another is no longer problem. Especially, for tourists.

It’s important to know that only legal way to visit Nicosia is to fly to Southern Part of the city that is UN-recognized part of the country. If you fly to Northern Nicosia from Turkey, you should be aware that you might be prosecuted or denied entry to Southern part of the Island, as well as, the entire EU for illegal border crossing. You can check out additional information about EU travel requirements and regulations at ETIAS website.

The most distinctive feature of Nicosia is its magnificent Venetian walls that surround the old city. Although they are in decline, much of their original length of three kilometers is still intact.

Famagusta Gate, which is one of the most well-preserved and decorated with many coats of arms, is the best. This passage leads from the old town to the empty moat.

The Roccas Bastion and Paphos Gate are both more fascinating for their roles in modern history. The UN Buffer Zone that separates the Republic of Cyprus from Northern Cyprus is now less than 200m away. This was the only area on the island where Greek Cypriots or Turkish Cypriots could be found.

This han (or caravanserai), was built in 1572. It is an outstanding example of architecture from that time period. Häns were used to store and accommodate merchants passing through town. They often included stabling facilities for their horses or camels, and sometimes also recreation facilities like restaurants and hamams (Turkish bathtubs).

The Buyuk Han, one of the city’s most historic buildings, has been meticulously restored to its former glory. The former sleeping quarters are now home to many shops, cafes and local artisans ateliers. It is located in North Nicosia and only a short walk from the Ledra Street pedestrian green-line crossing.

You will find the huge mosque if you head East from the Ledra Street crossing. This was once St Sophia’s Cathedral, but it was converted to a mosque by the Ottomans during the siege of 1500. There is also a small bazaar next to it, as well as many other shops that sell scarves, souvenirs, and a wide range of sports clothes!

This is one of the most popular things to do in North Nicosia. You can start at the mosque and follow the blue line that runs along the road. This will take you through North Nicosia, passing all major landmarks. It takes approximately 1-2 hours to complete the entire line. We found the most interesting part of the route to be between the mosque and the small streets, which are the oldest housing councils in Cyprus.

Nicosia Old Town is the historical heart of Nicosia, the capital city of Cyprus. The place is full of history and culture, but it is also home to many restaurants and shops that sell souvenirs and local delicacies. Visitors can get lost in the narrow streets, which are lined with colorful buildings dating back to the 13th century.

You can skirt along Ledra Street and into the chaos of alleyways to see the Ottoman architecture of the House of Hatzigeorgakis Kornesios (20 Patriachou Grigoriou Street) which was the island’s dragoman in the late 18th Century. Also, you will find the Omeriye Mosque (“Trikoupi Street”) with a 14th-century Lusignan entryway.

Nicosia Old Town has been declared as a UNESCO World Heritage Site since 1986.

The Bellapais Abbey is a ruined monastery in Cyprus. It was founded in the 7th century by Saint Eustorgius of Nicosia and it is considered to be one of the most important monasteries in Cyprus.

The Bellapais Abbey has been partially restored and it is now open for visitors. The ruins are an impressive sight, with three churches, a cloister, and a cemetery. From viewpoint you can take a look at the cityscape of Northern Cyprus, as it was on you palm. The ruins are now preserved as a UNESCO World Heritage Site.

Northern Cyprus’ lively seaside hub is the atmospheric harbor town Kyrenia, also known as Girne. It is located 30 km north of Nicosia. If you’re looking for day trips from Nicosia, it’s one of your best options.

This small harbor is dominated by a Byzantine-era castle. It is backed by an old city district with tangled alleyways, Ottoman-period homes that are enjoyable to explore.

Once there definitely visit the castle with its Shipwreck Museum, then walk harbor-side to view the Folk Art Museum in a renovated carob warehouse.

Nicosia is a great city that offers a perfect combination of medieval history, modern development and magnificent architecture. Although, it might not be stuck with different popular tourist destinations but once you are there, you will be sure that having fun in Nicosia in three days is absolutely possible. Where else would you be able to see two completely different cultures and societies in the span of one street? 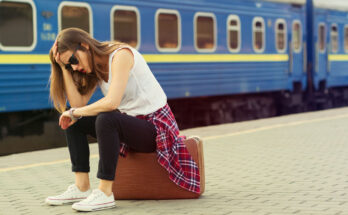 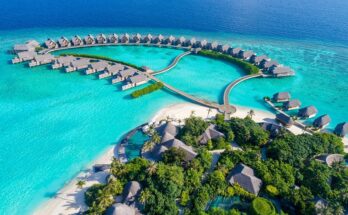 5 lovely Maldives Beaches That Promise a Refreshing Vacation in 2022

A Guide About Why Vaccination is a Must For Umrah Packages